Menu
Home
>
Default
>
Report: WSOP Moving to Paris and Bally’s for ‘2022 and Beyond’

According to a Facebook post from the Valley National 8-Ball League Association, the World Series of Poker is moving from the Rio to Paris and Bally’s beginning in 2022. VNEA learned of the change of venue after their own 2022 event scheduled for late May at Bally’s was abruptly canceled.

“VNEA’s long-term contract with Bally’s Hotel & Casino was suddenly canceled by Bally’s as a result of the World Series Of Poker (WSOP) moving from Rio to the Bally’s/Paris properties in 2022 and beyond.” the post reads.

The VNEA is a pool league that hosts its annual World Pool Championship in Las Vegas each year in the last week of May with approximately 6,000 annual attendees. Those dates would seemingly conflict with the start of the 2022 WSOP assuming a return to the traditional summer schedule.

Ty Stewart, WSOP Executive Director, said the organization has no comment on their 2022 venue.

Paris and Bally’s are neighbors on the strip and both are owned by Caesars Entertainment, the parent company of the WSOP. Paris has a total of 140,000 square feet including 85,204 in one pillarless ballroom. Bally’s has 175,000 total square feet with 40,000 of that from the Bally’s Event Center and another 39,249 from the Grand Ballroom. There is a hallway connecting the two venues. 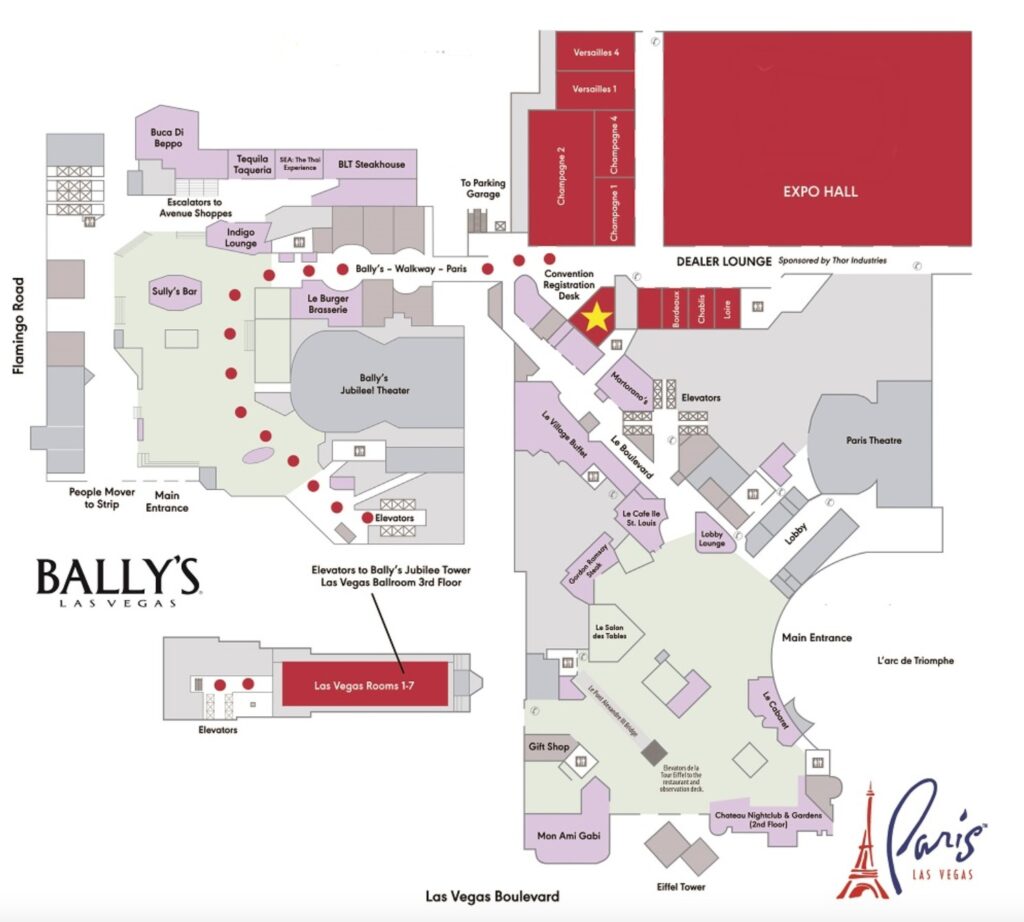 The floorplan for Bally’s and Paris conference space is indicated in red. The area in the top right could be utilized to host the WSOP.

The post Report: WSOP Moving to Paris and Bally’s for ‘2022 and Beyond’ appeared first on PocketFives.